As I visit this site, I certify that I am of legal age to consume alcohol in my country of residence.
I am over 18 years old
The Jurade

The Jurats’ red robes and the epitoga worn by the inductees reflect the long history of the Saint-Émilion wine-producing area.

From the Roman era when the first vines were planted until the present day, generations of winemakers have shaped the vineyards of Saint-Émilion.

Throughout the centuries, men and women have laboured to make wine of unrivalled reputation by keeping a keen eye on the future and at the same time respecting traditions.

And when, in 1999, UNESCO listed the Jurisdiction as a World Heritage site, it officially acknowledged the unique character of this “cultural landscape”.

From its creation in the 12th century and its revival in 1948, the Jurade has celebrated the values of community spirit and good cheer upheld by the people of Saint-Émilion, the quality of their wines and the key moments in the vine and wine calendar.

In 1154, Aquitaine came under English rule but Saint-Émilion sought to obtain a degree of independence. Since the arrival of the Benedictine order, Saint-Émilion’s religious influence had been rapidly growing.

Saint-Émilion acquired the special status of a Jurisdiction in 1199. It was granted by King John Lackland (one of Eleanor of Aquitaine’s sons) when he signed the Charter of Falaise which delegated economic, political and judicial powers to dignitaries and magistrates for the management and general administration of the town. That was how the Jurade came to be. In return, there began a very active trade of Saint-Émilion wines to England through Libourne. 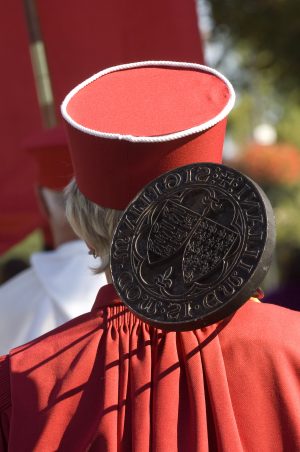 In the 15th century, a significant proportion of the Jurade’s deliberations and decisions concerned wine. The Jurade supervised the production and making of “fine” wines, held the “vintners’ brand” which was burnt onto each barrel, took firm action against fraud and destroyed poor quality wine.

But above all, the Jurade checked that the grapes were ripe and even determined the date at which the harvest could begin. This was the Ban des Vendanges (Harvest Proclamation) and was an effective way to control quality.

These essential measures have guaranteed the prosperity and great fame of Saint-Émilion wines throughout the ages. 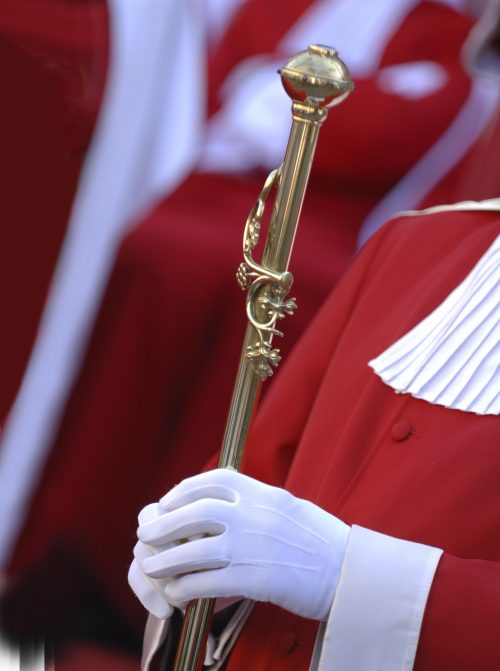 WINEGROWERS STANDING TOGETHER IN HARD TIMES

And in 1948, they revived the Jurade de Saint-Émilion which had been dissolved during the French Revolution. Today, as they put on their Jurat robes, the winegrowers and wine merchants of Saint-Émilion show that they have not forgotten the meaning of their oath. The Jurade is above all a way of belonging to a single family, united under the banner of Saint-Émilion.