As I visit this site, I certify that I am of legal age to consume alcohol in my country of residence.
I am over 18 years old
Home → Hubert de Boüard

HUBERT DE BOÜARD IS ONE OF THE SAINT-EMILION DIGNITARIES. 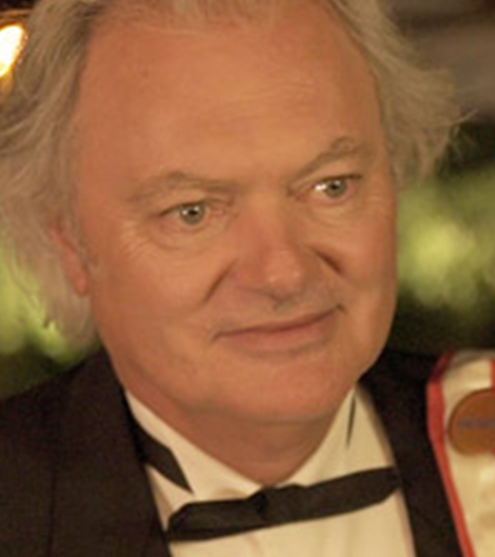 Hubert de Boüard is one of the Saint-Emilion dignitaries. He is co-owner of Château Angélus and heads the Jurade, the authority established in the 12th century that has become the ambassador of Saint-Emilion wines. He has inherited centuries of history and defends his appellation lovingly and firmly.

Does he feel he has one foot in the past and the other in the modern world? “Yes, that’s a thought I like a lot. I am very mindful of traditions. Each generation has played its part in building what we are. At the same time, I look towards the future, because we must not stay stuck in the past. We need to promote our wines as professionally as we make them”.

For Hubert de Boüard defending Saint-Emilion is like a creed. The First Jurat’s praises of the place are limitless: “This is a cultural landscape which is listed as a UNESCO World Heritage site, the town, the vines, even the crosses on the sides of the tracks. The human scale of our vineyards and the fact that they are predominantly family-run are clear assets, just like the amazing pool of talents here, which are honed through competition, but friendship too. These are our strengths.”

Although he is strongly influenced by tradition, Hubert de Boüard nevertheless likes to innovate. He enjoys being described as a mover and shaker. “Yes! And in Saint-Emilion, we have always been thus. Think about it: in 1884, Saint-Emilion formed the first winegrowers’ union in France, in 1948 the Jurade was revived and our open, evolving classification system was founded in 1955. We were also among the first to eliminate excess green fruit, to age the wines on their lees, to use small vats and sorting tables, and to perform plot-based selection. The garage wines, very high quality products made in very small quantities, highlighted these practices and revealed the value of terroirs, which few people believed in. We are a leading region in the wine world and we will continue to develop this image.”