As I visit this site, I certify that I am of legal age to consume alcohol in my country of residence.
I am over 18 years old
Home → Thierry Vironneau

Chef-caterer, Thierry Vironneau speaks about Saint-Émilion with passion. In his life and his job, wines have never left him. 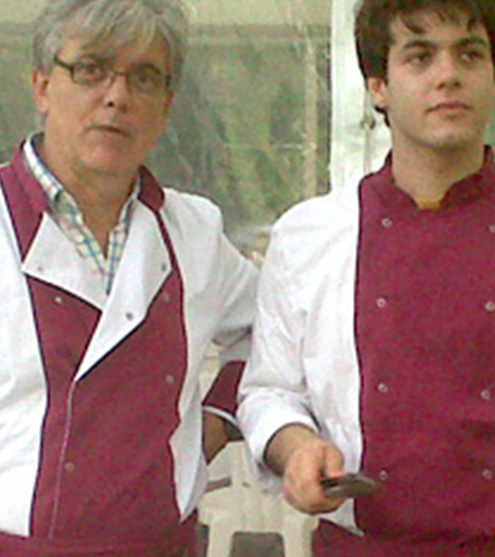 Thierry VIRONNEAU’s luck was to grow up in a family keen on Saint-Emilion wines:”my father had a cellar, I also had a cousin who had a property in Saint-Emilion”. Passionate about gastronomy, the chef-caterer very soon developed a taste for those round and full-bodied wines. Served at his family’s table, the Saint-Emilion wines are also served alongside his menus, and furthermore, he owes Saint-Emilion one of his best professional memory: “I keep in mind an elaborate meal for Jacques Chirac, when he was president. Served in the cloister of Saint-Emilion, it was a highlight!”.

Attentive observer, Thierry VIRONNEAU salutes the constant quality of the Saint-Emilion wines. Even though Saint-Emilion is in motion, its wines can always be counted on: “the aging processes are not the same anymore for example. There is also a renewal of the properties”, he says. The pleasure of tasting is still as intense though: “Some wine merchant friends make me discover their favorite wines, those are the moments I always enjoy”. Conviviality, a taste for sharing, Thierry Vironneau is very attached to the Saint-Emilion vineyard. His best tasting memory? Obviously the next one, such as when he will go to the chateaux’ open doors, to discover a new wine!