As I visit this site, I certify that I am of legal age to consume alcohol in my country of residence.
I am over 18 years old
Home → JEAN-PIERRE COMO SAVORS THE 2016 SAINT-EMILION JAZZ FESTIVAL 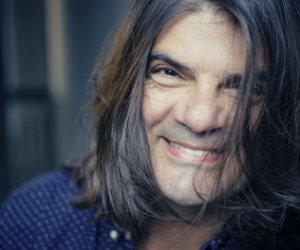 THE PIANIST AND COMPOSER JEAN-PIERRE COMO WILL PRESENT HIS LATEST PROJECT, EUROPA EXPRESS.

He is a key figure of the French and European jazz scene who will be present on Saturday 23rd July at 21h at the Dominicans hall http://www.saint-emilion-jazz-festival.com/jean-pierre-como/ for the 2016 Saint-Emilion Jazz Festival. The pianist and composer Jean-Pierre Como will present his latest project, Europa Express. An album is the extension of the musical adventure Express Paris Roma, recorded in 1995.

For the Express Europa project, Jean-Pierre Como decided to put the voice forward, “the first of the instruments”. For this, he called out to the Englishman Hugh Coltman and the Italian Walter Ricci, “to mingle and interweave the songs and jazz improvisation”. Two singers who have charmed this melody lover: “These are two exceptional and complementary voices that brighten the disc up. Regarding Hugh Coltman, I really felt for this slightly hoarse, a little muffled English voice. What I sensed with Walter Ricci is his warm, poetic and intimate voice that touches me enormously”.

These revelation-like meetings set the tone of the new album, which is a continuation of the album Roma Paris Express (1995). Besides, Jean-Pierre Como has once again worked with the core of the former formation: Louis Winsberg on guitars, Stephane Huchard on drums and Jérôme Regard on bass and double bass. Stéphane Guillaume will replace Stefano di Battista on the saxophone. A mixture of genres and styles that promises to offer spectators at the 2016 Saint-Emilion Jazz Festival a muscular, rhythmic and melodious music.

A FIRST AT THE 2016 SAINT-EMILION JAZZ FESTIVAL

“I am very happy to come to the festival. I know from friends that this festival is unlike the others. I look forward to it and to share friendly moments. “The musical exchanges with a glass of Saint-Emilion already impressed Jean-Pierre Como. This emotions creator appreciates the “strong connection” between music and wine. “The link is to be made in the feelings, the senses, the call to travel … Someone who makes good wine seeks infinite perfection, just like a musician. It is the sharing and harmony of pairings that create the color”.

A range of pairings and colors to be discovered in an intimate setting on Saturday 23rd July, 2016 at 21h in the Dominicans hall.

Discover the full program of the 2016 Saint-Emilion Jazz Festival.