As I visit this site, I certify that I am of legal age to consume alcohol in my country of residence.
I am over 18 years old
Home → MORE THAN € 122,000 COLLECTED FOR THE ROSE ASSOCIATION

MORE THAN € 122,000 COLLECTED FOR THE ROSE ASSOCIATION 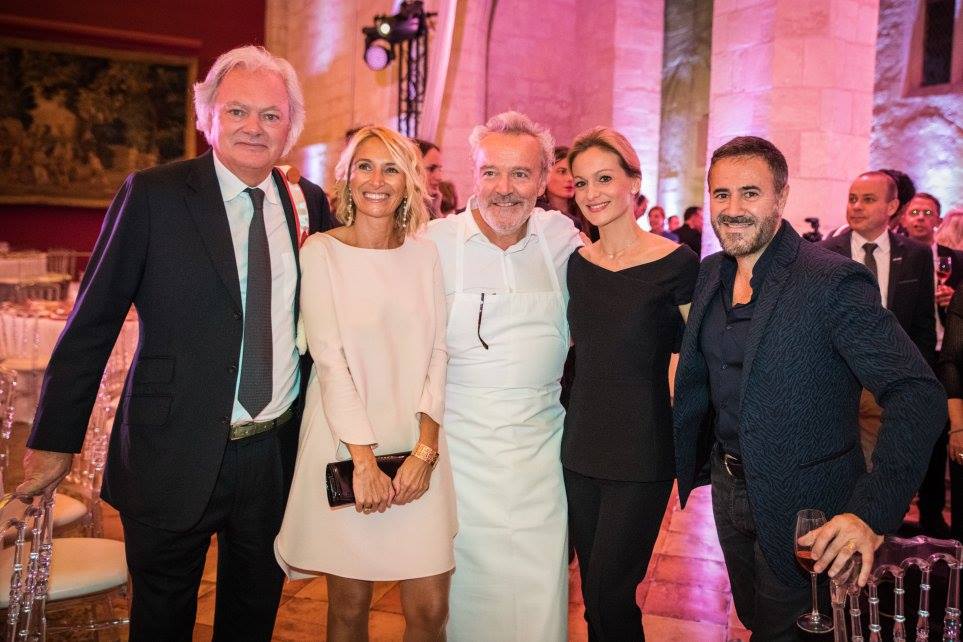 FOR MORE THAN EIGHT CENTURIES, THE JURADE DE SAINT-EMILION HAS BEEN BASED ON SOLIDARITY VALUES.

For more than eight centuries, the Jurade de Saint-Emilion has been based on solidarity values. It was therefore normal for them to organize a charity event on 21st October, to support the Rose Association which accompanies women affected by cancer. In total, € 122,100 was raised in a night full of magic and femininity.

PINK EVENING: A MOMENT OF SHARING AND FRATERNITY

It was a very important cause and the 167 guests were not mistaken. They were present at the invitation of the Jurade de Saint-Emilion, for an evening marked by solidarity and mutual aid.

The gala dinner was held in a friendly atmosphere. Alain Passard, three-star chef at L’Arpege restaurant, had kindly agreed to design the menu. The great chef was also present in the kitchen and got involved in this charity event. To accompany with his dishes, the guests tasted Saint-Emilion Grands Crus Classés.

Good mood and humor were also on the program, thanks to the actor José Garcia. A great friend of the Jurade de Saint-Emilion, he presented this beautiful evening brilliantly, alongside the journalist Audrey Crespo-Mara. In his speech, José Garcia emphasized the notions of sharing and fraternity:

“Anytime as I’m asked for help from the Jurade de Saint-Emilion, the answer is positive and immediate. Therefore, when the Jurade called me, I did not hesitate.”

DANCERS AND ACROBATS FOR A "PINK MAGIC" EVENING

In the Salle des Dominicains at Saint-Emilion, the entire scene expressed the spirit of the association created by Céline Lis-Raoux and Céline Dupré.

Called “Magie Rose”, the event was a celebration of all women and their vitality. During the evening, Céline Lis-Raoux recalled the reasons that led them to create the Rose magazine, one of the flagship activities of the association.

“We thought that both of us are going to do something that nobody has ever done in the world, make a considerate magazine, a newspaper that tells all these women: ‘you are still the people you were before the disease’.”

To express this compassion, the Salle des Dominicains was adorned with dim pink lights.

On several occasions, the lights were quiet, to give way to dancers dressed in white, then to trapeze artists. Then, the “Magie Rose” happened.

Between shadow and light, the grace of the trapeze artists and the aerial movements of the young women embodied elegance, softness and strength. A real moment of emotion shared by all the guests.

An auction, in partnership with the auction house Artcurial, then took place. It was followed by a raffle. The € 122,100 raised will greatly help the Rose Association in its activities.

In addition to Rose magazine, both Célines founded the Maison Rose in Bordeaux, which welcomes 600 women every month. A place where they can relax and feel feminine, despite cancer.

If you too, like the Jurade de Saint-Emilion, want to support the Rose Association, make a donation.