As I visit this site, I certify that I am of legal age to consume alcohol in my country of residence.
I am over 18 years old
The Jurade

The guardians of tradition

Home → Ambassadors → The Jurade → The guardians of tradition

The guardians of tradition

Every new Jurat on induction takes this oath: “Always loyal to Saint-Émilion”. In making this declaration, the winegrower, merchant or Chancellor becomes a full member of the Jurade de Saint-Émilion.

The meaning of the oath dates back to the 12th century when King John Lackland, according to the Charter of Falaise on which he placed his seal in 1199, granted to the burghers of Saint-Émilion the right to form an oath-based association.

The association served to keep the peace, by pledging assistance to anybody faced with aggression. The commitment was preserved in 1948 when the Jurade was revived. It was however updated. Thus every Jurat promises to be attentive to the needs of his or her companions, to defend the values of the Jurade and to undertake to develop the fame of Saint-Émilion wines. 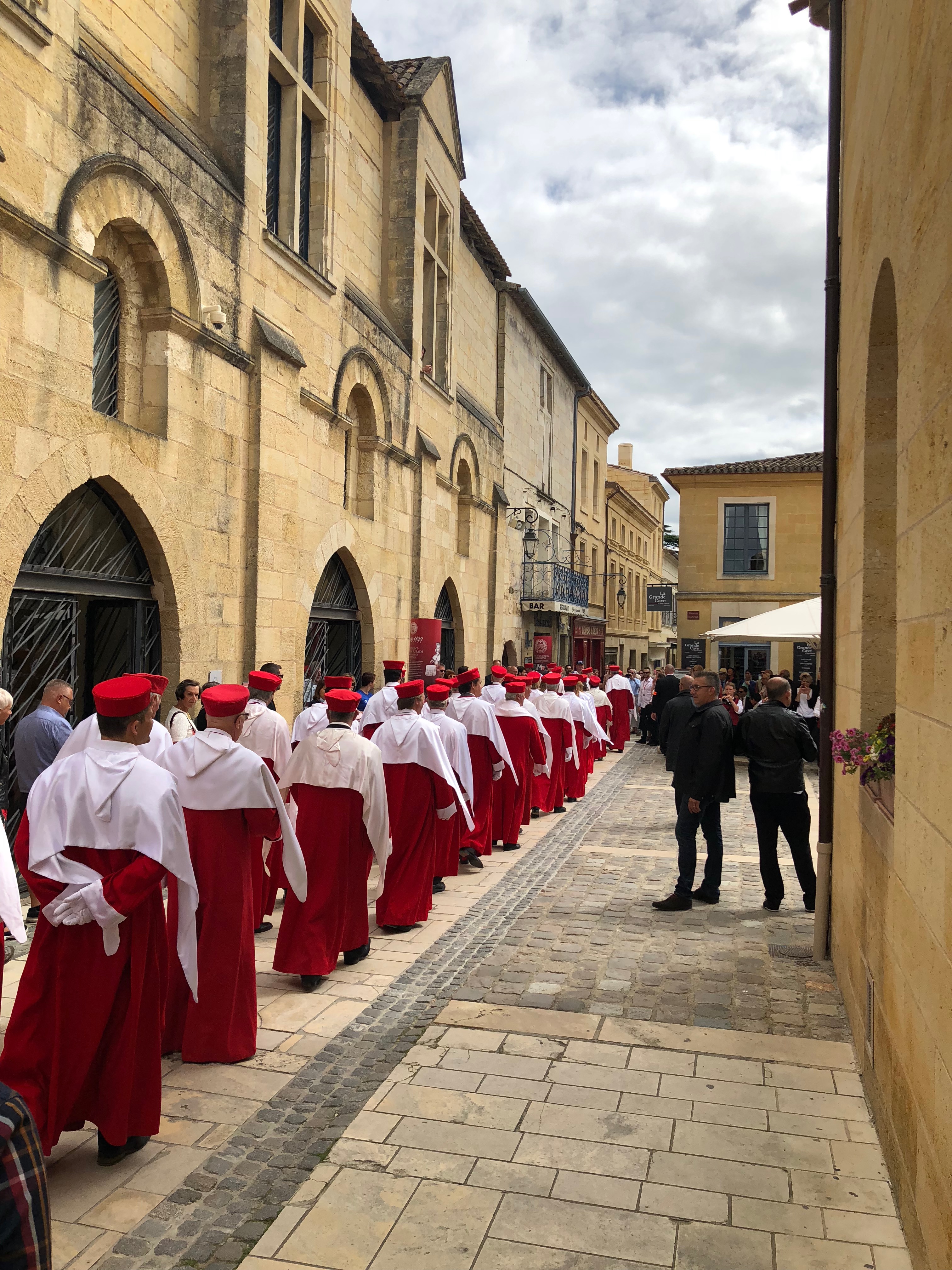 A DECISIVE ROLE IN WINEGROWING ISSUES

Right from the start, as the guarantor of the quality of Saint-Émilion wines, the Jurade supervised the production and making of “fine” wines, held the “vintner’s brand” which burnt its mark on each barrel and proclaimed the harvest (Ban des Vendanges).

Finally the members of the Jurade took vigorous action to combat abuse or fraud and had any wine that was considered unworthy destroyed. These powers extended over the eight parishes of the Jurisdiction of Saint-Émilion.

CHANGING TIMES FOR THE JURADE

The Jurade is a brotherhood which changes with the times and is prepared to rethink its own role. Throughout the year, working groups meet regularly and debate new initiatives and tools to develop in order to maintain and improve relationships between trade professionals and Saint-Émilion wine enthusiasts.

“It is a legacy we have received. We need to prepare the future and pass on our values to future generations.”
Hubert De Boüard

Today young Jurats are walking in their elders’ footsteps.

The ceremony when young people swear the oath of loyalty after having put on their robes for the first time is always a moving occasion. It should be emphasized that since 1948 the Jurade has changed a lot. The criteria for admission which were once very strict have changed with the times. The Jurade has a longer-term vision. Young people join the Jurade earlier. They are the future of the brotherhood and embody a modern and dynamic Jurade.

There are 140 Jurats, men and women members of the brotherhood which represents the appellations of Saint-Émilion. They are mostly winegrowers.

Being a Jurat means being prepared to attend significant events in Saint-Émilion, all over France and abroad.

When new Jurats are inducted, they undertake to give their time to participate in the developments around and promotion of Saint-Émilion wines. The Council of the Jurade consists of twenty-four members, organized as follows:

Honorary First Jurats and Chancellors take part in the Jurade Council, in an advisory capacity.

The Jurat’s ceremonial attire is made up of a red robe with a white jabot and white cuffs on the sleeves, a cape and a white mantle. The Jurats also wear a red cap and white gloves. The First Jurat and his or her Deputy First Jurats wear a robe with white trim running down the front. 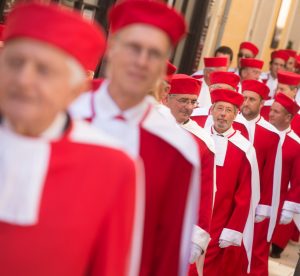 To promote and transmit the values of Saint-Émilion wines and ensure their worldwide reputation, the Jurade has its network of Chancelleries located throughout the world and which extends over time.

They are found in England, Belgium, Malta, Asia and Côte d’Ivoire.

These Saint-Émilion wine embassies organise tastings, dinners, meetings and other events throughout the year for wine lovers and professionals.

PASSING ON THE VALUES AND PROMOTING THE WORLDWIDE FAME OF SAINT-EMILION WINES.

Their role is to strengthen the development of cultural exchanges and trade by means of a series of events and meetings organized every year (wine-tasting sessions, receptions, etc.) and to ensure that the values of Saint-Émilion are passed on.