As I visit this site, I certify that I am of legal age to consume alcohol in my country of residence.
I am over 18 years old
Home → #WinegrowerPortrait: Jean-François QUENIN

Discover the men and women who work in the vineyards of Saint-Emilion, Lussac Saint-Emilion and Puisseguin Saint-Emilion!
On January 31, 2022, at the end of the Coupe des Crus de Saint-Emilion, 24 wines were designated “Coups de Cœur 2022” by a jury of professionals! Château Tour de Pressac, a Saint-Emilion Grand Cru, was one of the winners. Jean-François QUENIN, 72, is the owner. Discover this winemaker and his wine! 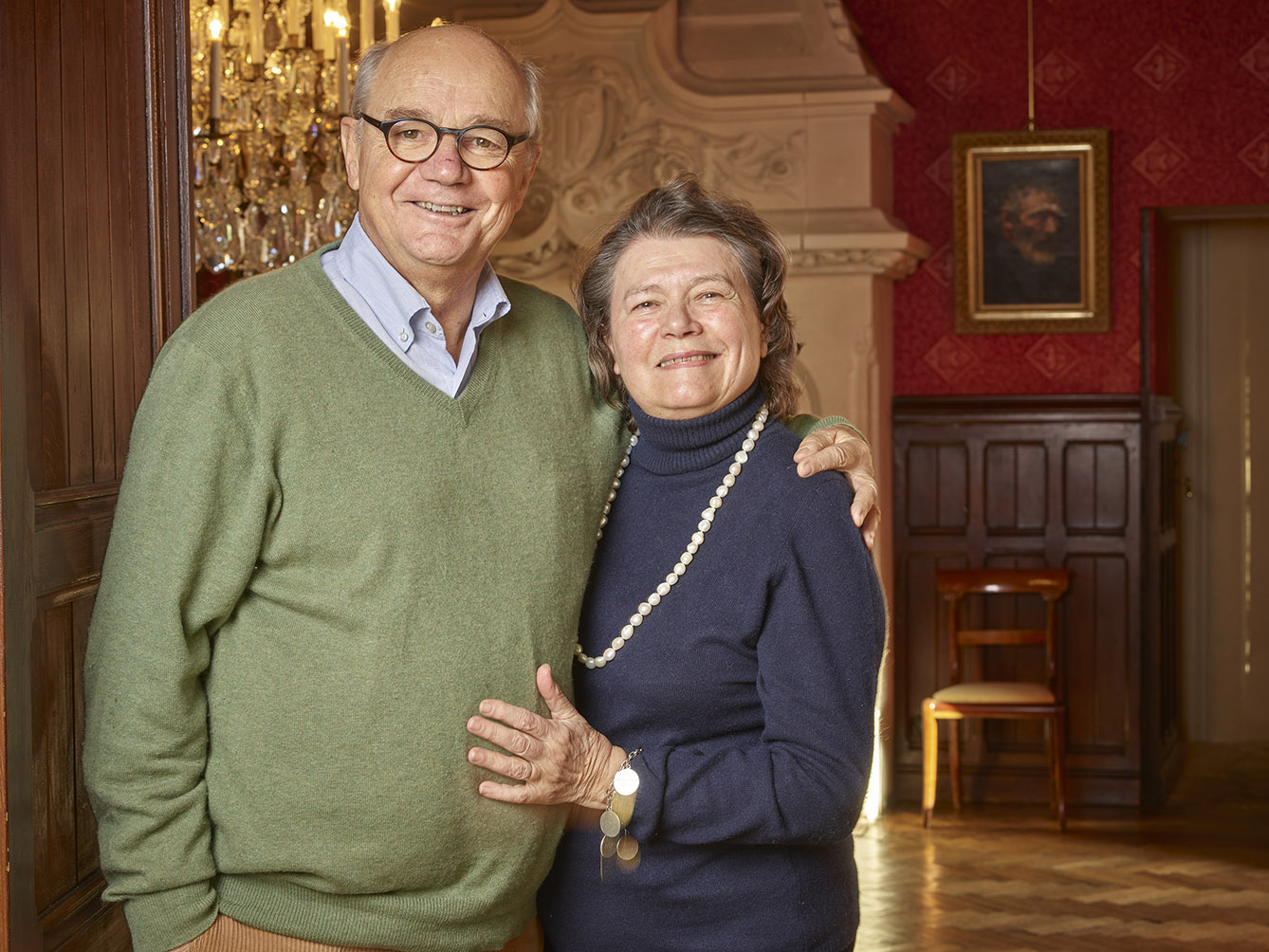 What is your role on the property?

I am the owner-manager in charge of the general management of the property: technical, organisational and financial management, human relations and sales. More specifically, as far as the technical side is concerned, in collaboration with the Technical Director, I am in charge of defining the objectives, setting up the means, making decisions about cyclical adjustments and assemblies.

"I am very proud that our wine is distinguished. A big thank you to the whole team of the Château!"

Can you tell us about your property?

Château Tour de Pressac is one of the wines we are developing on the Château de Pressac estate.

It was here in July 1453 that the surrender of the Battle of Castillon took place, which put an end to the Hundred Years’ War.

It was also at Château de Pressac that, from 1737 to 1747, Vassal de Montviel planted a noble grape variety in his vineyard: the “Auxerrois”, imported from Cahors. Around him, people did the same. The variety developed in the region and took the name of “Noir de Pressac”. Later, the gentleman “Malbeck” developed it in the Bordeaux region, and the grape variety took the name “Malbec”.

Situated on an exceptional and breathtaking site, on a rocky spur overlooking the Dordogne valley, the property was entirely renovated around 1880. The present neo-Gothic château was rebuilt on the ruins of the old medieval castle. The wines of Château de Pressac were then very famous.

My wife, Dominique, and I bought the property in 1997.  At the time, I was an executive at Darty, and she was a legal advisor. The property underwent, for the second time, very important renovation work. The vineyard was completely restructured and the winery was completely overhauled using the latest technology. All these efforts were rewarded by the promotion of Château de Pressac to the rank of “Grand Cru Classé” in 2012.

The “parcel management” of the estate, from the vine to the blend, has been established as a major principle at Château de Pressac (choice of grape varieties and rootstocks, cultivation methods, date of harvest, vinification…). It tries to express the variety and complementarity of the terroirs (40 ha on the limestone plateau and the clay-limestone slopes), the exposures and the grape varieties (5 grape varieties).

The estate is proud to uphold its family values of authenticity, simplicity, refinement and hospitality (9,000 people are welcomed annually), while respecting the environment (High Environmental Value certification, level 3). 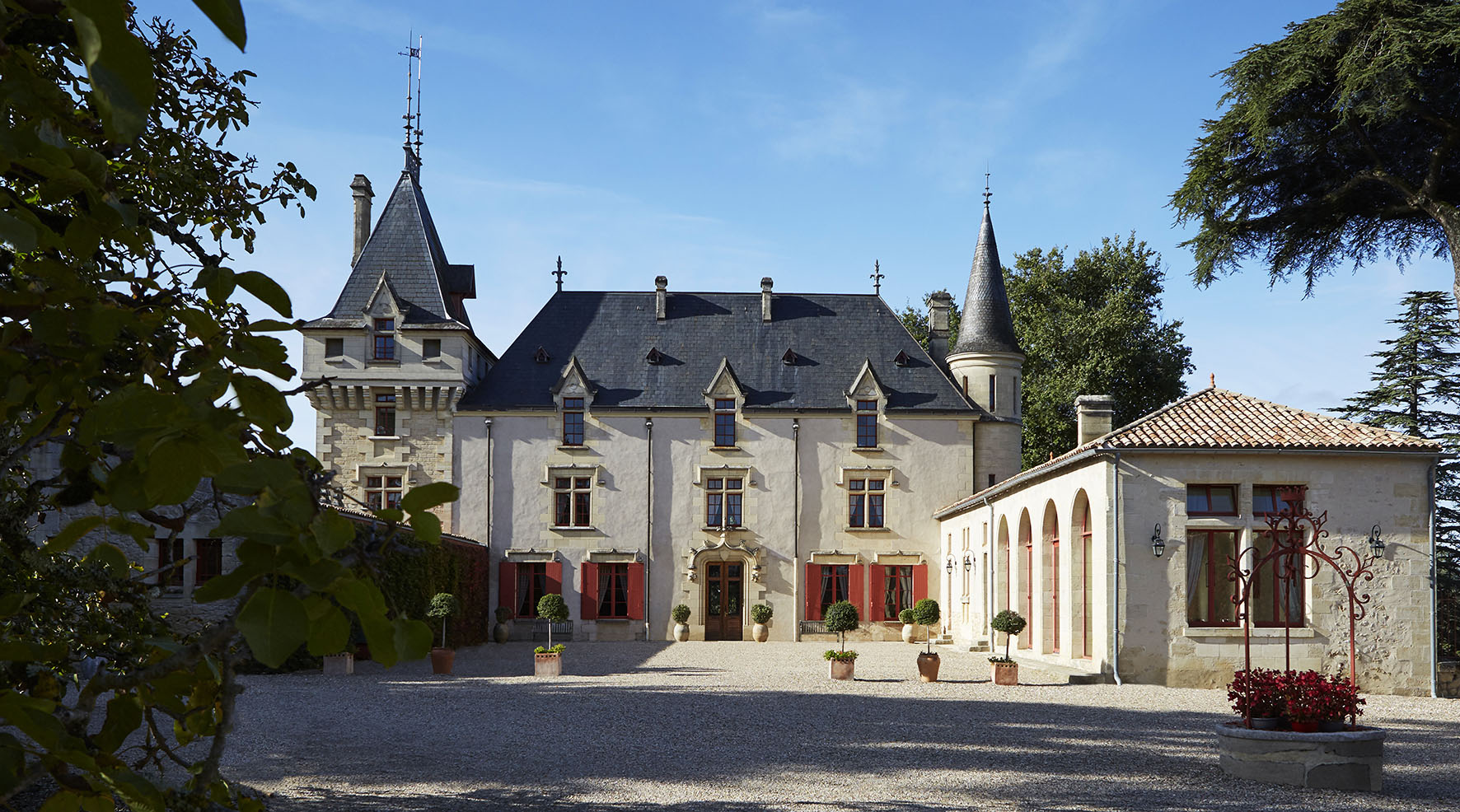 Can you tell us about the winning vintage?

Made from a selection of Merlot and Malbec plots and blended with a little Cabernet, this wine benefited from a wonderful dry and hot summer.  The clay-limestone soils allowed the vines to concentrate the aromas without suffering too much from the drought and the wine to keep its finesse and freshness.

Can you suggest a food and wine pairing with the winning wine?